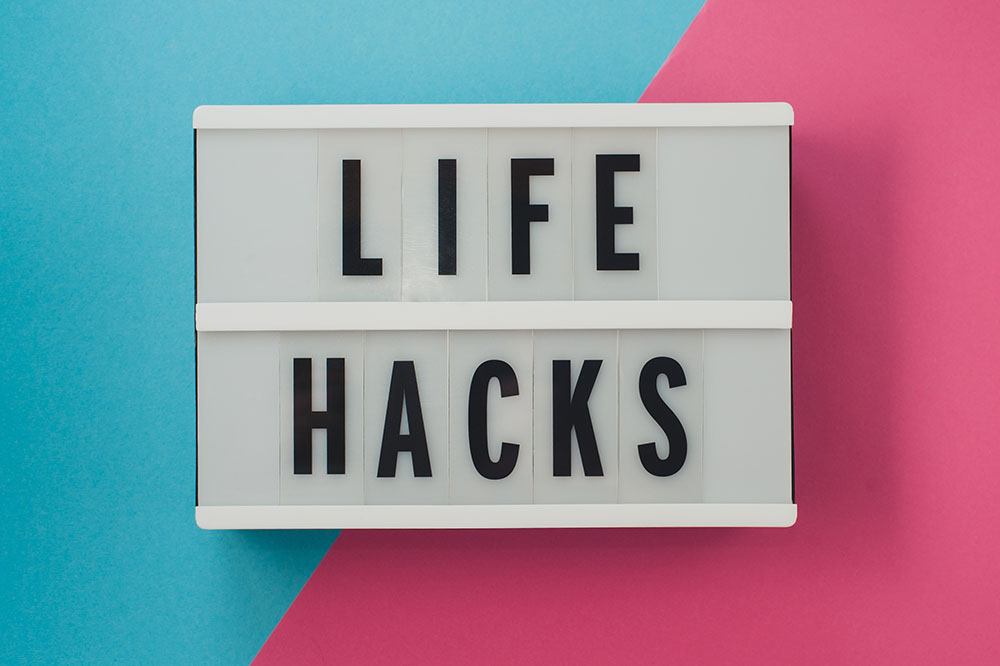 What if we told you that there was a way to make your existing wages stretch much further every year?

And what if we then told you that you could earn an extra £4,500 a year by giving up around three to four hours of your spare time every week and having a quick word with your boss?

And what would you think if you found out that you could generate £7,500 for that unused and empty room in your home and not have to pay a penny in tax?

Britain is a great place but it’s very expensive. With prices going up faster than wages for most of the last ten years, people have got more and more into debt and we save a lot less than we should.

With that in mind, we wanted to share with our readers 10 life hacks to ease the financial pressure on you and your family. We wanted to show you the ways in which you could give yourself an opportunity to build up savings and pay down debt by changing some of your current behaviours and adding one or two more.

Let’s start with the ways that you can save up to £4,448 by changing the way you spend your hard-earned money.

We think that, by changing a few of your spending habits, you can save £85 a week. Here are Growing Power’s 6 life hacks on making your money stretch much further.

One of the biggest items of expenditure in any household is the weekly shop. For a family of four, the amount you spend at the supermarket can be £100 a week or more.

In the last ten years, Aldi and Lidl, the German discounters, have opened hundreds of extra branches around the UK. Their key to being able to offer the types of savings that they do to their customers is by having a limited range of items they sell – about 2,000. Many of those 2,000 items are own-brand items too – and they’ve always been cheaper than their branded counterparts. Compare that to a normal supermarket which may have 10 times the range of items, the majority of which are often big brand names.

Aldi recently won the “Lowest Priced Supermarket Of The Year” award from The Grocer magazine – a shopping basket of every day essentials is nearly £10 cheaper. In fact, the average shopping basket was, on average, 21.5% cheaper than what you’d have to pay in one of the Big Four supermarkets (source).

Car insurance, home insurance, gas bills, electricity bills, mortgage payments, mobile phone contracts – we all have to find the money to pay these bills every month or quarter.

You can save a significant amount of money by using comparison sites instead of just allowing your contracts to roll over. There are many different price comparison sites available and there’s a great guide on how to get the most out of them at the Money Advice Service. When on the comparison websites, take care to select the option where you see every supplier on the market (especially for gas and electricity markets) to save the most amount of money. Some comparison sites have been known to hide suppliers which may be offering cheaper rates because they don’t make as much or any commission (source).

There's also fierce competition at the moment in the mortgage market that you can take advantage of if you own your own home.

We think that, by finding the cheapest and most suitable supplier for your utilities, insurance, and mobile phone airtime, you could save up to £1,000 each year.

If you already have one or more credit card accounts open with balances on them, you could save a lot of money by transferring those balances to a 0% credit card. While you do pay a small fee for transferring the balance, you do benefit from having no interest charged on the transferred balance for up to 27 months in some cases.

In a bid to get us to spend with them rather than their competitors, many businesses offer coupons and vouchers entitling us to money off our purchases.

There are now dozens of cashback deals, smartphone apps, and coupon websites you can use to save money each week – the Sun has a great beginners’ guide you can read here. Have you even heard of extreme couponing? This is a world where you can get “£105 worth of shopping for £1.62” and “£67.24 worth of shopping for 11p”. Martin Lewis’s excellent Money Saving Expert site covers the world of couponing in detail – it’s well worth a read.

We think that, if you follow the tips and the advice given in both of these articles, that’s another £20 a week you can save on average (although you’ll probably save more at more expensive times of year like Christmas).

Do you find yourself popping into Starbucks or Costa Coffee every day for that must-have café latte before you start work? Or do you pop down to Greggs for a sandwich and another coffee for lunch? If you do, that’s going to be costing you around £7 a day or £35 a week.

Why not take in your own coffee flask and prepare your own packed lunch instead? Once you’ve factored in the cost of the ingredients, you should be able to save around £20 a week.

The marriage allowance allows a transfer up to 10% of the personal allowance from one spouse or civil partner to the other. This will mean an effective tax cut of up to £250 a year in 2018/19 for families claiming the marriage allowance. To qualify, the higher-earning partner must be a basic rate taxpayer and the lower-earning partner must be paid no more than £12,500 in wages during the tax year.

Claims that are made from the time before a spouse dies will now also be allowed. You can now backdate these claims by up to four years. Click here for HMRC’s guidance on the Marriage Allowance scheme.

By following the steps above, you should start to see savings almost immediately – savings which add up week after week creating extra cash for you and your family to spend.

But that’s only half the equation. You’ve effectively given yourself a pay rise already but what can you do to increase the actual money you bring into your household every week? Here’s our top three tips.

Did you know that, according to government statistics reported in The Times, “driving is the favourite route to a second income?” Earning extra money in addition to your employment has become very popular in recent years – you may have heard it called a “side hustle”.

40% of UK workers now have some form of side hustle, according to the Independent. And while side hustles such as cleaning, driving, and gardening are the ways in which most side hustlers earn extra money, nearly every profession and activity has been affected by this change in the way we think about work.

The key to success in whichever side hustle you choose is to play to your own strengths. There’s a great article on Save The Student about the types of freelance work you can do and how to get started. Simply Business also has a quick guide we found useful on how to run a freelancing career (including what you should charge) and the taxes you’ll have to pay on any money you earn.

Freelancing work often pays much more than the hourly rate you make at work. Find some way to make an extra £50 with your outside work – once you’ve your first clients, you should be able to make that in 2-3 hours a week.

Do you have a spare room in your house which you could rent out? Britain is in the grips of a housing crisis but more and more experts believe that part of the way to solve the problem is to look at the way people are living in their homes at the moment (source. According to the Office of National Statistics, there are 18.6m spare rooms in British homes (source).

If you rent out a room in your primary residence to a lodger, you qualify for rent-a-room relief. If the room that you rent out generates less than £7,500 (£144 per week), and the room is furnished, you won’t have to pay any taxes on this income – you won’t even have to report it to HMRC.

Renting out rooms in homes which are not your primary residence (like buy-to-let property) does not qualify for this scheme.

Did you know that British wages have actually fallen in real terms over the last ten years? Employees in all the other major economies of the world have seen their pay go up, except for Italy (source). We’ve had it harder than anyone else – and that’s a fact.

However, at the same time, the number of people in work has actually gone up to record levels meaning that there are now major shortages of talent in the economy. And that’s across all types of jobs.

If the business you’re working for has been doing well lately and you get on well with your boss, it might be time to ask for a rise. If you’re on £15,000 a year, why not ask if a 10% rise would be affordable. That would add an extra £28.84 a week to what you take home (before the taxman comes along to take his bit).

Want to know the best way to ask? There’s a great guide here from TotalJobs.

10. Finally, pay down your existing debt with the money you save and make

Last but not least. It’s always better to pay for the things you want using cash that’s yours. Many financial experts recommend that people make a concerted effort to reduce the amount of money they owe on credit cards, overdrafts, and loans. You earn interest on cash that’s yours and you pay interest on the cash that you borrow.

If you don’t feel comfortable using some or all of your emergency fund to pay off debts, try to keep that money ringfenced for the time you actually need it. Use the money you’re saving and earning to pay down as much debt as you can comfortably afford as quickly as you can. We think you’ll be pleasantly surprised at how quickly your debt goes down when you put your mind to it.

Warning: Late repayment can cause you serious money problems. For help, go to moneyhelper.org.uk.